Is it really the ideal food...?
I grew up on milk. Literally. One of my earliest memories of school is sitting around in a circle on the floor with a little glass bottle of milk and a straw. Any Brits that grew up in the late 60s/70s will be able to relate to that. At 11 o’clock we had a “milk break”. It was instilled in us at a very early age: milk is good for you, so good, that you had a break from lessons to sit down and drink it!

As a child I never really liked eating meat and always managed to find ways of getting it off my plate, unbeknownst to my mother. So after mealtimes I was often still hungry and had to resort to filling my belly with milk and sliced white bread and butter.
​Dairy became my first love.
Never would I have imagined in my wildest dreams that milk wasn’t the health food I had been brought up to believe, yet numerous studies are saying exactly that: Not only is cow’s milk not necessary for humans, accumulating evidence shows that consuming dairy products may actually contribute to the risk of some cancers, autoimmune diseases, ear infections and allergies in children, amongst other disturbing problems.

​Milk is produced by the mammary glands of mammals as the primary source of nutrition for young mammals before they are able to digest other food. It is what promotes growth. Each animal’s milk is designed to meet the needs of that specific animal; a cow’s milk is perfect for calves, a cat’s milk is for kittens, a pigs’ milk is for piglets and human milk is for babies, and so on. 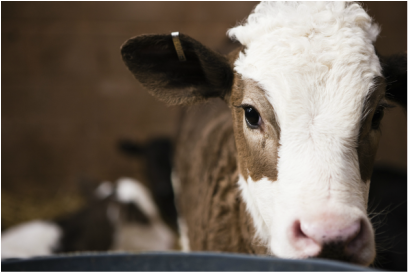 ​
​Obviously a calf needs something that will sustain its growth from a 30kg calf to a 400kg cow within a year, and so the milk that nature has provided the calf contains all the protein, fat, hormones and growth factors such as IGF-1 that it needs to increase weight and promote rapid growth. It’s the absolute perfect food, FOR A CALF.
We, however, are not calves.

​Insulin-like growth factor (IGF-1) is a hormone that promotes growth and cell division and is produced naturally in our bodies, especially during the growth phase, from childhood through to puberty. Human breast milk contains the right levels of this hormone needed for a growing baby that will essentially triple its birth weight in a year.
All mothers’ milk is full of hormones, estrogens in particular. Thanks to modern farming methods, dairy cows are almost always pregnant. Usually a cow produces only enough milk needed to feed her calf, but now, with the help of hormones and genetic manipulation, a cow has become a ‘milk machine’ and the milk produced contains even larger amounts of oestrogen.
It’s common knowledge that a woman who is breast-feeding her baby has to be particularly careful about any medication she takes because it will be passed on to her baby through her milk. Even certain foods and alcohol can affect the nursing baby.
So what happens to all those hormones that the cow is producing? They pass into the milk, that we then drink!
​In a study done by the University of Yamanashi Japan, men, women and children were given milk to drink and later on at intervals their urine was collected and tested.
The results:
“After the intake of cow milk, serum estrone (E1) and progesterone concentrations significantly increased, and serum luteinizing hormone, follicle-stimulating hormone and testosterone significantly decreased in men. In four out of five women, ovulation occurred during the milk intake, and the timing of ovulation was similar among the three menstrual cycles.”
The conclusion:
“The present data on men and children indicate that estrogens in milk were absorbed, and gonadotropin secretion was suppressed, followed by a decrease in testosterone secretion. Sexual maturation of prepubertal children could be affected by the ordinary intake of cow milk.”
A disturbing practice of injecting cows with a synthetic hormone called recombinant bovine growth hormone (rBGH) in order to further increase the already high IGF-1 levels and milk production, has been used in the U.S. for many years. Luckily this practice is banned in Europe, Canada, Australia, and some other countries.
​This is a very worrying discovery, since it has been shown that an early age of menarche (the first menstrual cycle) is linked to a higher risk of breast cancer in later years.

​Cows were not meant to be 24/7 milk machines and the consequences of this unnatural practice are inflammation or infection of the mammary gland and udder tissue, mastitis. Pus cells and blood contaminate the milk and the cows have to be treated with constant rounds of antibiotics. Cows that are treated with the recombinant bovine growth hormone (rBGH) have even more frequent udder infections and consequently more antibiotics, making them weaker and even more prone to infection.
Somatic cells are predominantly white blood cells, AKA leukocytes, which are normally present in milk. The Somatic Cell Count (SCC) is an indicator of milk quality. The presence of 200,000 somatic cells per ml is an indication of infection of the udder. The higher the SCC, the lower the quality of the milk.
​
The U.S. legal limit is 750,000 somatic cells per ml, whereas in most of Europe, Australia and New Zealand the limit is 400,000 cells per ml.
No wonder milk has to be pasteurised!
Pasteurisation however doesn’t remove the hormones and cells, it simply heats the milk to the point of killing all the germs (and enzymes).

Dr. T. Colin Campbell, the Jacob Gould Schurman Professor Emeritus of Nutritional Biochemistry in the Division of Nutritional Sciences, and one of the most distinguished researchers on nutrition in the world, found in his studies that by lowering the amounts of casein (milk protein) fed to rats, they were able to “turn off” the growth of cancer cells. According to these laboratory tests, diets with a 20% protein diet promoted the development of cancer, whereas a 5% protein diet actually stopped the cancer in its tracks.

​So now we come to calcium, often the main reason that we drink milk, even though we may have heard of the pus, antibiotics and hormones…. I must say, one of my first concerns when transitioning to a meat and dairy-free diet was calcium. I had seen the devastating effects of osteoporosis in the women of my family, and in my late 30s I had already received the diagnosis of osteoarthritis, so I felt compelled to learn more. Ignorance is definitely not bliss.
​The multi-billion dollar dairy industry continues to move heaven and earth to promote milk as THE ESSENTIAL calcium-rich food for everyone of every age, from young children to post-menopausal women.
​It would seem that if we don’t drink milk then we have no other place to turn for calcium and we’re destined to a life of fractures and hip replacements. Ask anyone the question, “Where do you find calcium?” and the answer will almost always be “milk”.
​It’s what we learnt at school and what our doctors tell us.
​The dairy industry says that we need to drink milk in order to have strong bones and avoid osteoporosis in later life. Why is it then that there is more osteoporosis in countries that consume more milk and less where they consume little or no dairy? It doesn’t make sense. The large amounts of milk and dairy that I personally consumed in my life certainly didn’t help my bones.
​Studies have shown that rather than help protect us against bone fractures, milk and dairy consumption will likely not have any positive effect at all. More studies here & here.
​A study was carried out measuring the bone density of two groups of women; 105 Mahayana Buddhist nuns (vegan) and 105 omnivorous women, same average age, height and weight.
The results:
“The median intake of dietary calcium was lower in vegans compared to omnivores, however, there was no significant correlation between dietary calcium and BMD (bone mineral density).”

The conclusion:
“These results suggest that, although vegans have much lower intakes of dietary calcium and protein than omnivores, veganism does not have adverse effect on bone mineral density and does not alter body composition.”

​So what can we do to protect our bones?

​First of all, USE THEM.
​We often think of bones as dry, hard things, but that couldn’t be further than the truth. Bones are living organs and they are supposed to be used. Not only will regular exercise and weight-bearing exercises strengthen them, it is one of the most important factors in bone health. Our modern lifestyle tends to be anti-bone strengthening and pro-bone weakening. We spend too much time sitting around inside an office, car, school or home, eating and drinking foods that are robbing our bones of calcium.
​Processed foods, excess salt, fast foods, sodas are all ‘calcium thieves’, so avoid them if you want to protect your bones.
​And finally…..the question I am asked all the time…..

​Where do you find plant-based calcium?

I am happy to tell you that there are many sources of plant-based calcium.
​Click here to find out more!

​​Check out these delicious plant-based milks and Dairy-free cheese! 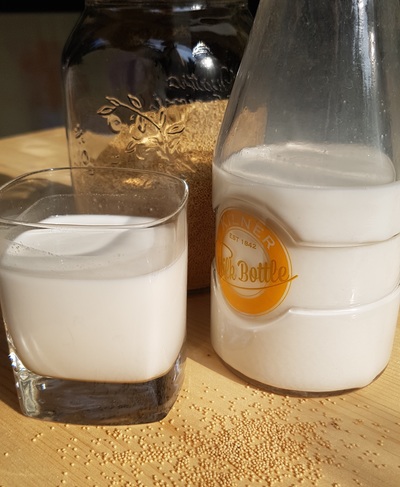 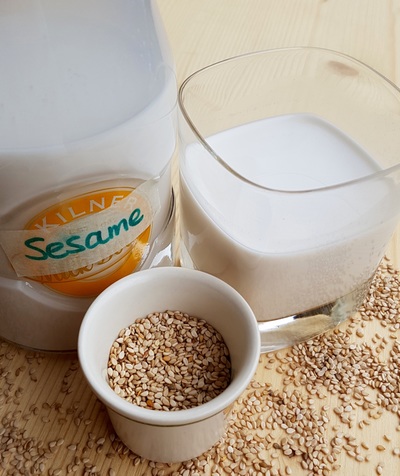 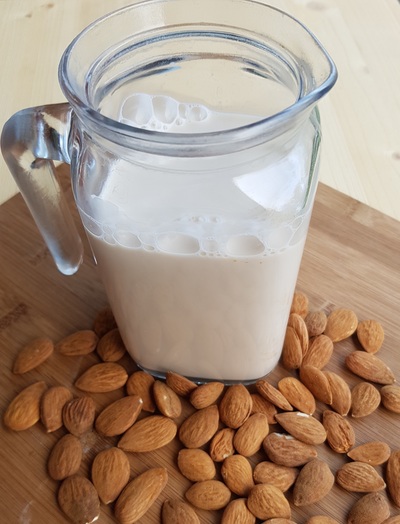 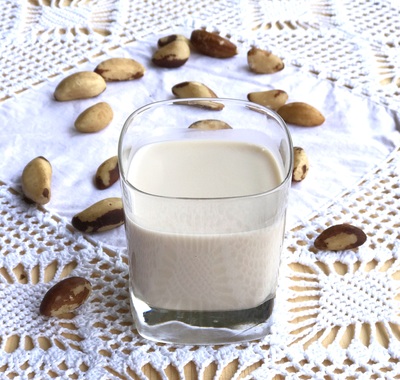 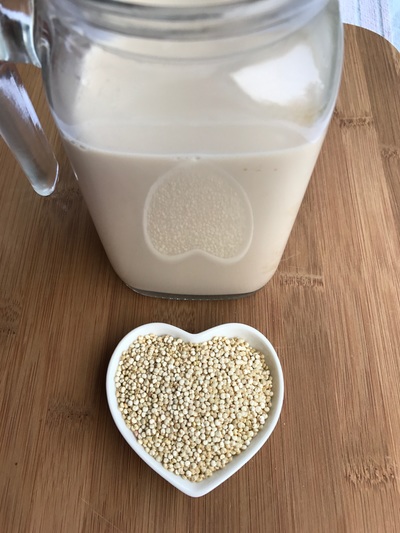 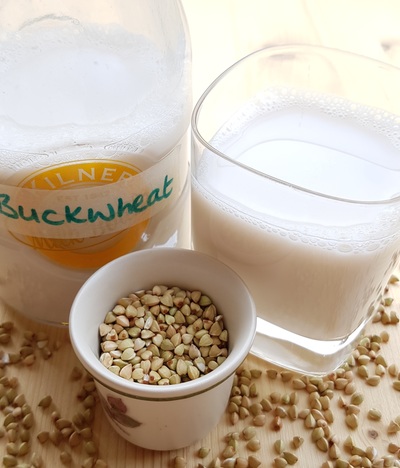 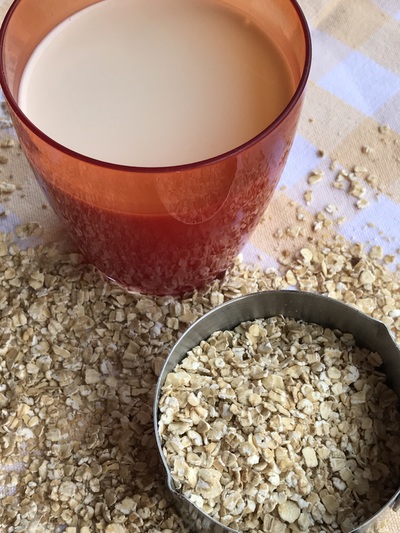 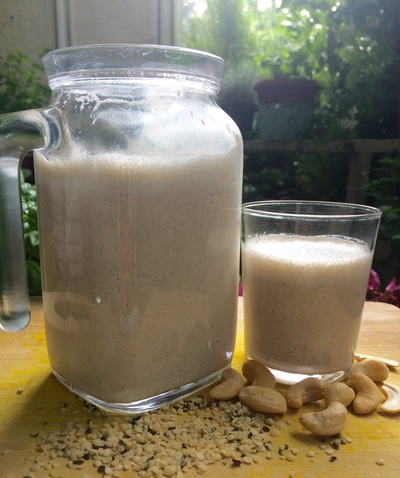